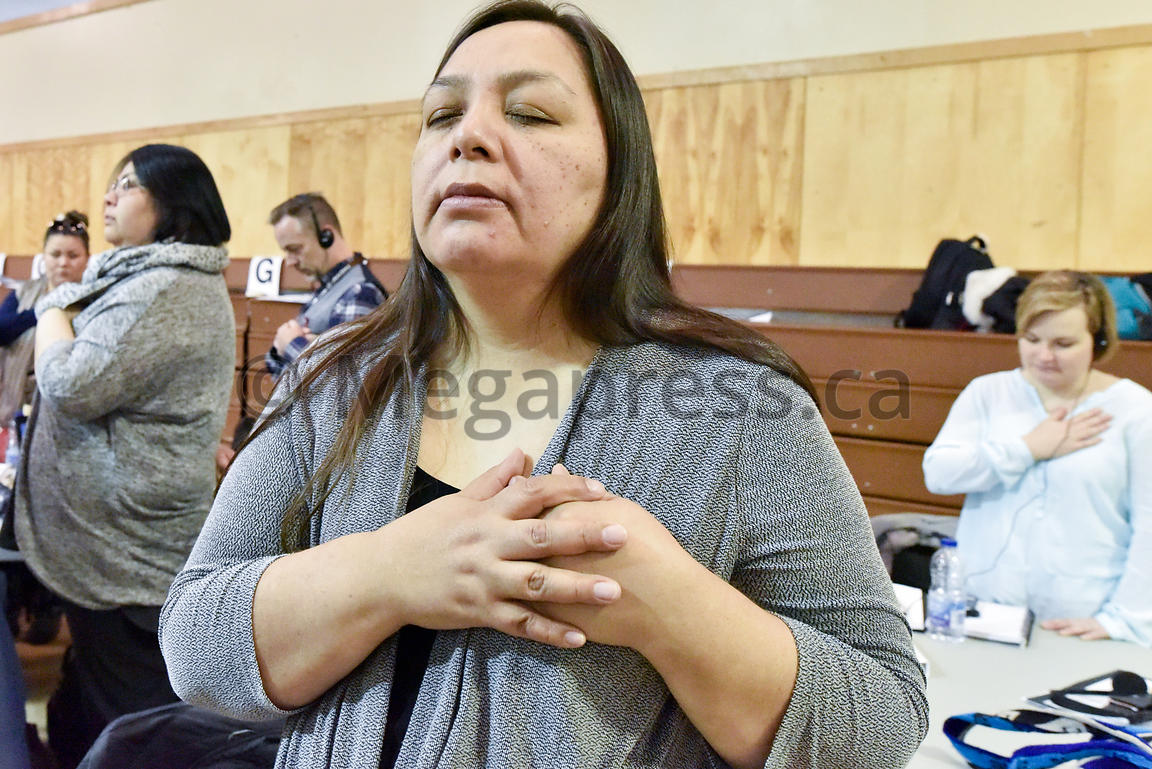 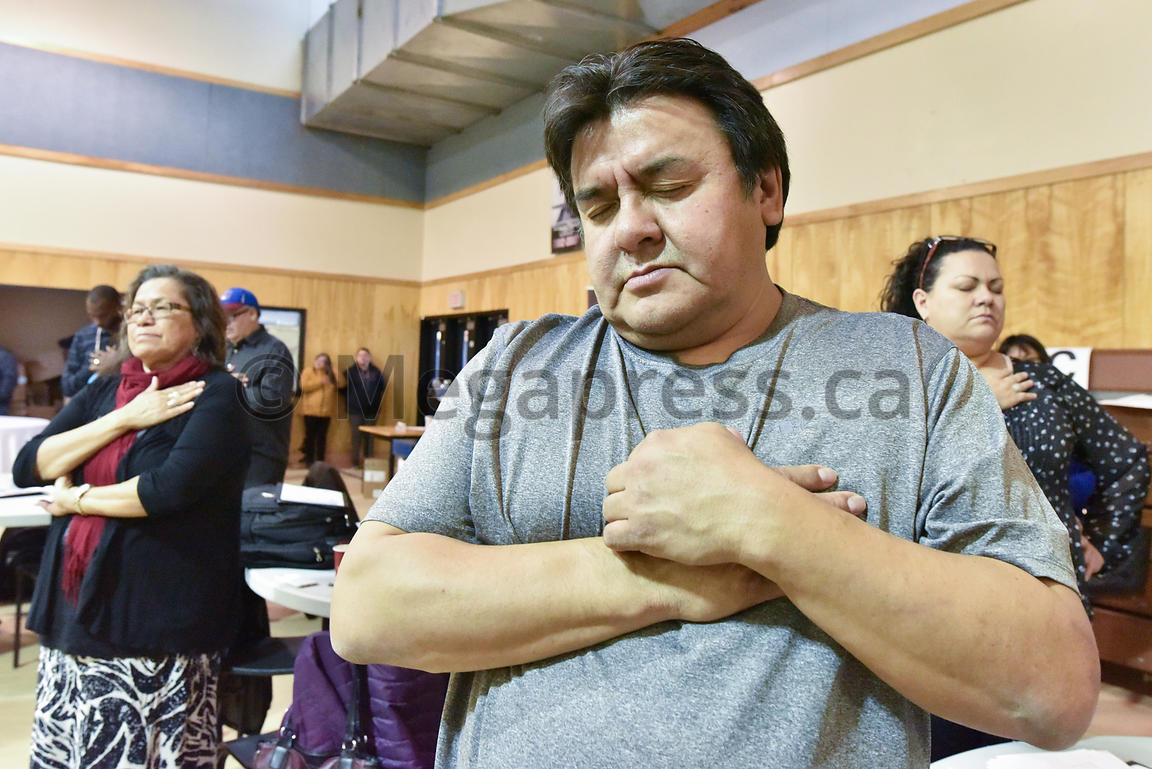 Deeply affected by the crisis of suicides shaking the Attawapiskat community in Northern Ontario, the Cree of Eeyou Istchee show their support.
In these photographs, the Cree of James Bay in Quebec pray for the young people of Attawapiskat with their hads on their heart at the Cree Health Assembly, which took place in the small Cree community of Waskaganish on April 12-14, 2016. A letter writing campaign was launched to show the solidarity between the Crees of Eeyou Istchee and the Cree of Ontario,. The Cree people of James Bay will write letters to the young people of Attawapiskat, and those messages will be delivered to the community of Attawapiskat by Air Creebec airline.
Photo ID: AAD_6367
Author: T.Philiptchenko
T.Philiptchenko/Megapress.ca
File state: Final
Photo size: 17.4 Mpixels (49.7 MB uncompressed) - 5100x3404 pixels (17.0x11.3 in / 43.2x28.8 cm at 300 ppi)
Photo keywords: 2016, assembly, Attawapiskat, cree, health, people, prayer, praying, Waskaganish 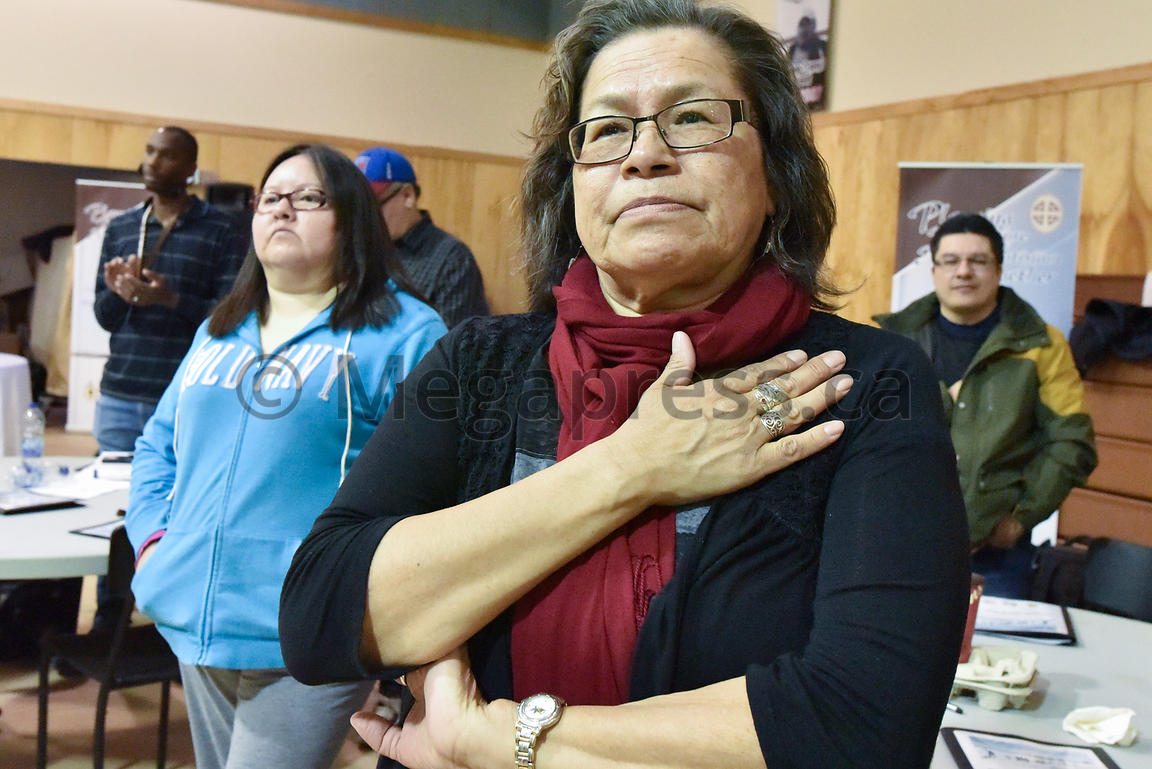